Karen is doing a interesting bunch of interviews and discussion about AA Romance at her blog. I keep weighing in, though it's clear to me that I should keep my mouth shut.

I was blathering along about how I don't judge by genre, and I look for books by writers I like or that have good reviews when I suddenly realized that I haven't read that many reviews for AA books.

Is that because they're there and I just skip over them? Where are those reviews? Well, well. Could I be a closet racist after all? (I'm always looking for signs. Got to stay on top of this sort of thing.)

I know some people see AAs like inspirationals, which has its audience built into its genre**. I can't help it, I see a kind of "keep out" sign with inspies. [edited to remove small rant about inspies that has nothing to do with my point] I see it as a club for Christians and there's no point if you're not part of the culture. Thing is, this kind of club atmosphere exists, no denying it, but there are a whole lot of Christian readers so it works for that genre probably more than AA books, right?

And this is going to be about getting more readers. I know Monica and others write about this all the time. but I haven't seen any clueless white writers go for it. . ..so

If I were an undiscovered AA writer, I'd want to make myself open to as many readers as possible, while at the same time, make sure my readers who ONLY read AA books knew I was there. I'd want a Somebody To Love cover for my book. 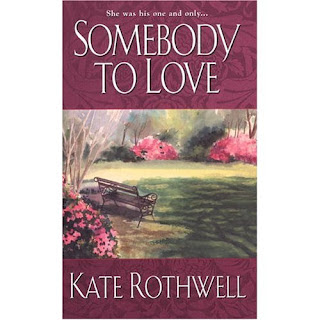 Okay maybe not that picture (which I think is pretty but meh), but one that doesn't show the exact genre. The back copy has absolutely NOTHING about the fact that it's a historical. (I'd go find a copy of the book and write it, but I'm lazy)

The only sign at all that it takes place in another century is the word "historical" on the spine.

I'd want to mostly belong to groups that celebrated universal romance themes and no subgenres mentioned.

Sure, for support and love, I'd want other AA groups. But publicity? I wouldn't avoid them--God that's too craven--but I'd look primarily for others. Yeah, I guess I'd want to go mostly underground. (shuddering at that particular reference) Not because I would be ashamed but because by golly, I'd want to sell as many books as possible.

Once I got established, hooked enough readers to get some good contracts, I'd insist on Gorgeous AA male torsos blazing across my covers. Heh.

Is it fair to my community? Nope. But I bet that's what I'd want because I'd want to reach beyond my community. I'd tell myself that a beautifully written love story featuring AA hero/heroine hitting the bestseller lists does more for race relations than all sorts of pious speeches. (And once I got buckets of money, I'd be sure to give some to these people. and maybe to be local, these guys.)

Weigh in, AA writers. Please don't bother point out that I'm a racist (even though I have an AA sister). I might be, but I'm working on it. **** And anyway I declare the conversation to be about How To Reach A Wider Audience--as it usually is with writers.

**I KNOW that's not what AA books are about, but that feels the way they're being marketed. It doesn't really matter if that's not the plan or the intention of the publishers. If that's how the market perceives the message, then that's the message that counts. Anything else doesn't sell books.

**** Think of it as a sort of "innocent racism" rising from not having a similar life experience and not knowing how different the world is from another POV. I have had some experience with this, actually. I spent most of my life a normal size. Then a few years back I hit 210 pounds. Talk about changed interactions. Not the same as racism, but I think I got a taste of discrimination.

Okay, I've changed my mind. If I am racist, tell me, but explain exactly what I'm missing. (Be warned that I might explain what I think you're missing). If Karen pops by, I promise not to latch onto only key words, okay?