Showing posts from May, 2012
Show all

May 30, 2012
More than once I've met someone and have thought "wow, I have nothing in common with this person and no interest in getting to know them ." Not aggressively anti-those-particular-people, just no connection. And at least three times I've known the person was destined to never be a pal, I've been entirely wrong and I've ended up with three very good friends. Come to think of it, at least once someone I really like now first had to move from a "ugh, no way do I want to get to know this person." to yay, friend ! First impressions can be bogus. That's all. No biggie, just something I was thinking about. I like remembering how wrong I was in those particular situations.
3 comments
Read more

I'm over at Hero and Heartbreakers 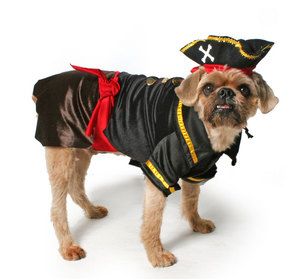 I wrote about the internet as the Regency Ton. I think I should have used shorter paragraphs.  The best part of those Regency novels--at least the ones written a couple centuries later--is the cant. So much more fun to say someone is "top of the trees" rather than "a hot shit." Although hot shit isn't half-bad, come to think of it. from http://blog.muttropolis.com/ Today I went to one of those stores that has changing stock all the time, Marshall's. I found a display of tiny dog clothes that would fit our new tiny dog. I had to fight the urge to buy the little snow suit for next winter. Not only is she a yapping dog, I am turning into a yappy dog owner. EEEK
Post a Comment
Read more 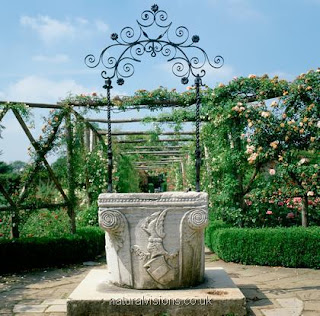 not T's card, but the same scene, basically T sent me a postcard from England:  On the front is a photo from Polesden Lacey in Surrey,  picturing a charming Venetian well-head in the rose garden. On the back: write a short story 1000-5000 words (or longer) incorporating 1. the scene on this postcard 2. an adventurer/traveler 2 a quote from John Donne: For love all love of other sites controls. And makes one little room an everywhere.  My answer is after the jump.
6 comments
Read more

a question for fiction writers

May 16, 2012
I've always had vivid, often memorable dreams. Sometimes, when I try to recall a memory of a place, I'll pull up something about a dream that took place there and have to remind myself that it was my brain, not my true experience, that conjured that aspect of the place. I don't mean plots of dreams stick with me (sometimes they do, but not often. Usually when I write down a plot of a dream it makes sense for a while but when I read it as soon as a few weeks later I'll think WTF? Huh? ) it's more sensations or bits of them that stick as strongly as true memory. I can recall the feel of flying almost as clearly as I can remember what it's like to stand with my feet sinking into sand when the edge of waves wash over them.  Anyway, I wonder if this is part of the brain of a fiction writer? I'd look this up, but I'm lazy. Not enough sleep. Too many dreams.
10 comments
Read more

May 14, 2012
See "writing these is not a choice time, boys" explanation in middle boy's contribution . ("Ted" who did not appear in the middle boy's play also did his mother' s da y tribute as well, but it's not going to end up on the blog. But let me just point out that it's sweet, cute and I love it too. ) ARTICLE I- TEMPORAL NATURE OF AGREEMENT'S BINDING The AGREEMENT OF MOTHERHOOD to be made between the FIRST PARTY and the SECOND PARTY is to begin on INSERT DATE HERE and to conclude until one such party shall deem it necessary to renege the contract. For further contractual bindings of both parties, see various and sundry other forms to be provided by a legitimate LEGAL CONSULTANT ARTICLE II- THE INITIAL CONTACT (PRE-NATAL) PERIOD AND SYNCHRONOUS LEASE OF THE SECOND PARTY It is agreed upon by the FIRST PARTY shall give access to the SECOND PARTY, freely and without expectation of recompense, all blood, nutrients, genetic material, mucous
2 comments
Read more

May 07, 2012
Lookit! An article about me! Kate Rothwell/Summer Devon, a romance writer, tells how she does it I do like the fact that at least I share similar work-habits with Kristan "Actually an Extremely Nice Person" Higgans. And we live in the same state. Don't mind me. I'm in the post-release funk--the kind that comes when the book doesn't immediately climb onto any best-seller list and you realize that this one didn't get there either. This one isn't going to sell like hotcakes and why not? Whose fault is that? Mine. It must be me. This results in a low-grade self-pity that manifests itself in snark and the decision to quit writing forever. The snark will be gone by the time I finish this post. The decision to quit writing might last a bit longer, at least until tomorrow when I go to Barnes and Noble and Linda rolls her eyes and me and tells me to STFU. (This treatment must be applied in person. I'd ask Mike to do it, but he [with one eye on the bills
Post a Comment
Read more 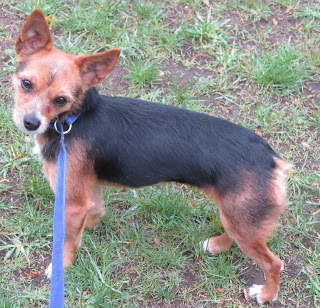 our  dog on Wednesday Animal Control Officer Sherry: The coloring and pattern is yorkie. Me: Her body's kind of long. So maybe dachshund too? ACOS: I see terrier in her face. Also I'm not sure about the lack of tail. Me: Corgi? ACOS: Or she lost it. Who knows what her life's been like. I picked her up in the worst neighborhood in Hartford. She was a stray. Me: Her eyes are a bit buggy. ACOS: Hmm. Pom maybe. Me: or pug? Although she does have elegant legs, so maybe min-pin? Did we leave out any small breeds besides bishon frise or poodle? They might be in there.
12 comments
Read more 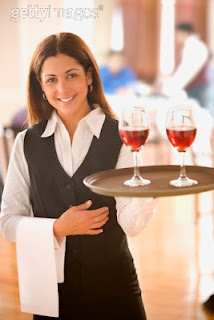 More promo and then I think we can all agree that we have better things to do. Today's assignment: tell us about your life working in restaurants . We will nod and say, wow, yeah and give a sympathetic wince, because, dude, that work is HARD. Which is more fake: the clean towel or the wine? We're over at Carina talking about our short unglorious careers as waitresses--although I guess my few years working in a bar wasn't bad at all. I miss that life occasionally. Or maybe I miss the part of me that could keep chugging along in that sort of life with happy feet at the end of the night. I've been reading Charlaine Harris lately and Sookie keeps talking about how she's looked down upon by various people because she's a waitress. I never felt that when I was a waitress, but then again, I couldn't read the patrons' minds.
Post a Comment
Read more
More posts