Showing posts from July, 2012
Show all

July 16, 2012
I'm going through all the Rhage and Hhorror and Ihmpohtence books. Yay J.R.Ward! It's a fun world, kinda flat, kinda odd with the rules which bend and stretch, except when they don't. But still, creative as can be and addictive. I like the fact that there aren't excuses made for bad behavior. Reasons for it, yes, but no one lets anyone get away with bull in the stories. This is not high literature and it is perfect summer stuff--assuming you don't mind a lot of dead bodies (they're not real people though. The usual dead guy is an evil minion called a Lesser, which means he smells like baby powder--a scent which JR Ward apparently HATES--and has black blood and has no soul so, ok. Dead is good.) Here is your basic hero: I'm a tough male who wears shitkickers and a wife-beater and leathers and I do fist bumps wit my bros. I don't act like a nancy [which makes me wonder -- Is JR English? Nancy? Plus all the talk of going to the loo.?] I kill cartoonishly
Post a Comment
Read more

SBD might have to give up this one...or not

July 09, 2012
I'm listening to Jack Higgins, Bloody Passage, and this thing is dated. Not only does everyone smoke and drink all the time -- I got no problem with that -- but the gay character is called an "it", the one woman is gross, the other woman, the sister, delicate and blind and incapable of caring for herself. The main character a jerk. (I imagine the gross woman will end up falling under his spell.) I don't mind alpha, to a degree, but this guy is an uber-cool, superhuman strong and a proficient pill. The whole smart-ass thing got old with Spenser, too, and he was usually funnier. I've just done a few JR Ward books recently and they're the same kind of guy. Honestly, they strike me as one-note humans. They also smoke too. It's not badly written, better than the Pattersons I've read. I'm guessing this was written in the 70s. I have to check. be back.  Umm. Whu? 1999? But it seems like the Soviet Union is still operating. Really? That recent. I
1 comment
Read more

hey! free book! go get it while you can.

July 06, 2012
My new book (as described in the previous entry) is now free! Go on and get a copy.    You don't even have to read it, although I don't mind if you do-- unless you hate it. In that case, we'll both pretend you never saw  it, okay?** Turns out I'm doing this freebie thing wrong. I should have finished the next book in the series, put a bit of that at the end of the book1 novella and then immediately put book 2 up for sale at the same time  I did the freebie for book 1. The thing is, I haven't finished book 2. I know it looks like I turn/churn these things out, but really, I don't. Next time I'll know better. In fact, I am working on a series with Linda Gayle. We'll be experts at putting out the books by then. ** actually, after all this time, I really am ok with bad reviews, as long as they aren't ad hominem.
Post a Comment
Read more 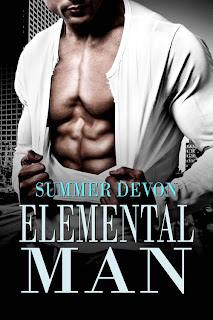 Hey, check it out! Summer has a new ebook, Elemental Man , and here's a description of it:   A novella about a superhero.    Caleb is an ordinary guy...except for his bizarre ability to adapt to any situation. Really. Anything goes. Fire and water are no problem for him. Someone is shoving innocents into dangerous situations and Caleb is forced to act again and again. It's up to him to stop the person who's trying to draw him out. He already suspected his attractive neighbor is his stalker and then she demonstrates the rare ability of seeing him as he adapts. After Caleb confronts her, he has another problem on his hands. He's told the innocent civilian Melinda far about himself and she apparently has some extraordinary skills herself. Her rare skills might make Melinda a target of the stalker who's after Caleb. And, thanks to his mistake about her identity, the nuisance of an agency that controls his life has been alerted to her existe
1 comment
Read more

I miss this blog and SBD (Ilona Andrews)

July 02, 2012
I miss it the way you miss someone you see at work every day who vanishes. Your world isn't changed because this isn't a close friend, only someone you nod to. It's all part of the ritual of your morning and when it's gone, you feel slightly bereft, for maybe ten minutes the first time, five the second time, and then it's just an almost unnoticeable ache at the bottom of a single breath. That's like most of the jobs I've had--when it's time to go, I gently remove myself from them. I reduce hours, cut back days and then, eventually, slip away. It's less jarring than the big goodbye party. Not sure why I do it that way, but that's how I operate. Unless I get hit by a bus, I imagine that's how I'll slip out of existence. Lucky for me, I can just come by and say hi here. I keep forgetting that. This ritual nod only requires me. It's a look in the mirror. **** SBD I'm doing Ilona Andrews. I love the unabashed bloodthirstiness of
Post a Comment
Read more
More posts