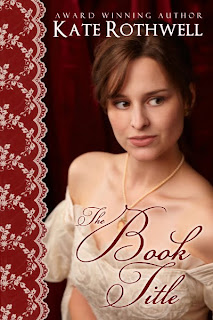 Okay, I have the entries. I still don't have a title because I'm still staring at them.

Here's what I do know -- everyone who entered is a better Editorial Assistant than I am.
You guys rock.
Any favorites?

Michelle wondered if there was a way to keep "Ratcatcher" in the title...
The Innocent and the Ratcatcher (she adds "not exactly Kathleen Woodiwiss, you know?" Heh.)
The Ratcatcher's Woman
The Ratcatcher's Kiss
The Potential Urge (I love it, Darcy. But I think I'd save that for a literary novel. Or a self-help ten-step book about working to your potential)
Callie's Ratcatcher
Cutter
His Naive Temptress
Dangerous Naivete
Innocent Temptation
Her Protector
Cutter's Mistress
Callie's Knight

edited to add: I forgot Jenny's! It's a good one, too.

I got some of these in emails and I hope I managed to capture and recopy them all, but if I forgot yours, let me know.

Officer Cutter thought he’d seen everything until he is assigned to raid a brothel and he meets Callie, a young lady. Impressed by her authentic innocence, a case of being in the wrong place at the wrong time, Cutter saves her from jail by branding her a witness. When the brothel’s owner dies under suspicious circumstances, Callie is called back to testify. An event that ruins her reputation, leaving her without a dreadful job and a place to live. Once again Cutter helps her, offering a position under his own roof. Despite their different origins, with both being alone in 1884 New York, Cutter feels the needs to protect Callie, even from himself - but who will save him from her?

Kimberly, I promise I'll send you the title tomorrow.


And the winner of the randomly selected**
gift certificate to Amazon.

IRENE PETERSON! (She entered via email. I guess I'll have to email her and tell her she's won)

I swear, when the person you write with 2x a week doesn't have a clue, then you KNOW you need to do a better job of promo.