A Debut Title from Rochelle Campbell

Promoting someone other than me -- here's Rochelle! I haven't read the book, but it looks pretty intriguing
Kate


A question and answer session with Rochelle Campbell....

What made you want to be a writer?

I don’t think there was any one singular moment that created my life-long desire to write.  As most writers, I began as an avid reader.  My aunt was a librarian and through her I gained access to a world of books, periodicals and journals.  I recall being impressed that the people who wrote things hundreds of years ago were being remembered by the people who read their words today.  In a sense, these authors became immortal.  I’m sure this thinking process factored into my desire to be a writer.

Your current book, Fury From Hell, is a paranormal cop thriller.  What first attracted you to this genre?

My favorite books always included some fantastical element – ghosts, witches, magical objects, vampires, etc.  However, I never felt ‘creative’ enough to build a whole world.  I sort of backed into this book through a What if… exercise.  I saw an orange work cone in the middle of the street with steam coming out of it.  My brain automatically wondered what if there was a demon swirling around in the steamy mist ready to slip into a passerby unnoticed?  What if the demon wants to help the person in order for the demon to demand something vital and important from the human?  Imagine my elation when I finally found a way to write a story in my favorite genre!

Which genres do you read – other than paranormal?

My favorite reading genres are: Sci-Fi, Fantasy, Speculative (think Stranger in A Strange Land), Horror, Romance (especially Victorian romances!), and fiction that deals with alternative history.  I’ll even read non-fiction.  The last non-fic book I read was The Dressmaker of Khair Khana

You mention you read horror.  Doesn't Fury From Hell, belong in the horror genre? The cover seems to say "horror" -- so which is it, horror or paranormal?
The title alone leads readers to think horror.  However, this book is firmly a 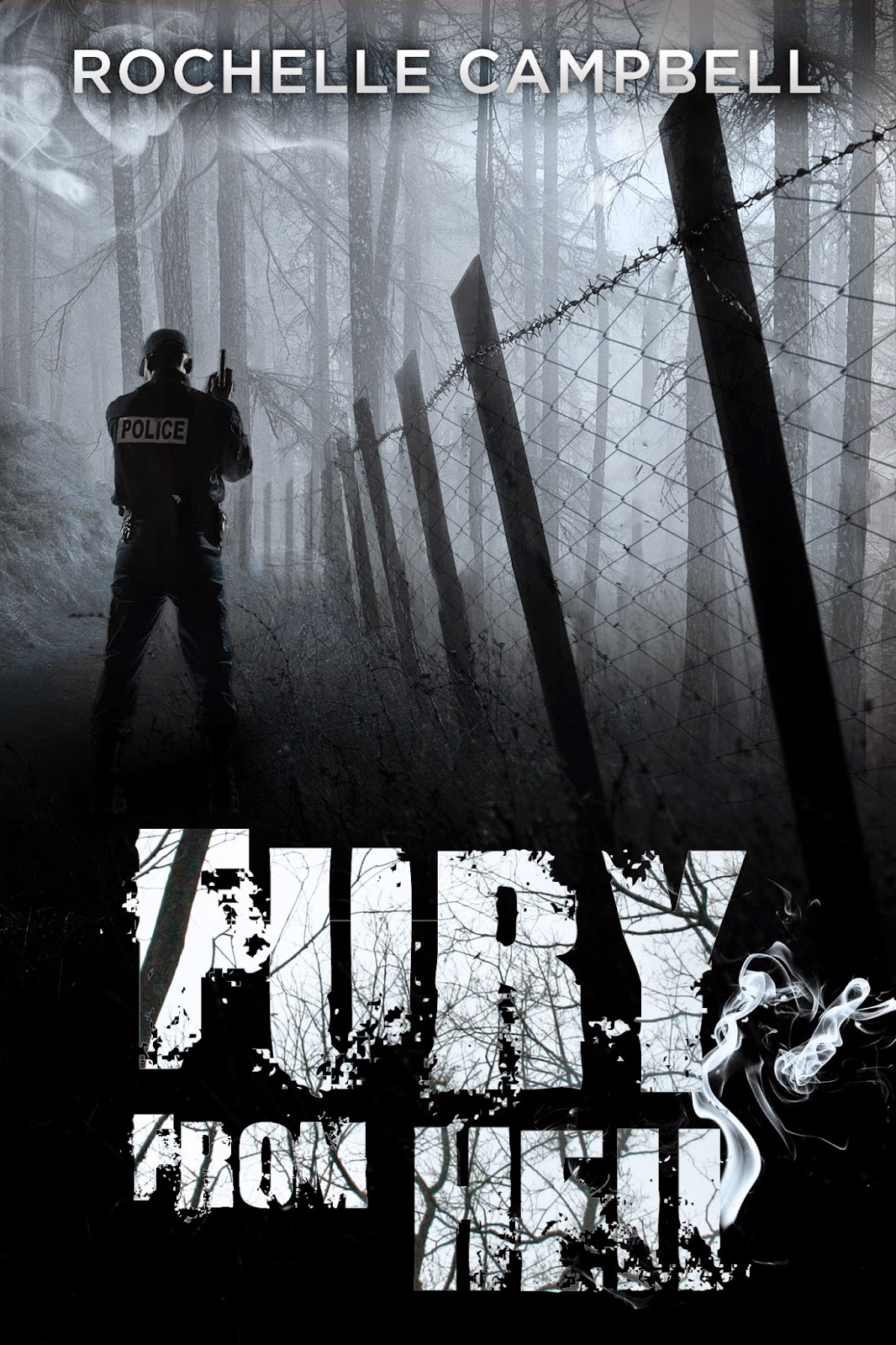 paranormal thriller because it spins more on Detective Jennifer Holden trying to outsmart the demon that possessed her.  Initially, Holden did not know she was possessed which ratchets up the tension immediately.

Holden’s colleagues know that something’s off with Holden but they can’t quite ferret it out.  It’s a subtle difference stemming from Holden’s newfound confidence which the demon exuded into its new host.  There is a palatable sense of suspense as the story unfolds – is Holden going to be able to solve her murder cases before the demon kills her?  While there are ‘horrific’ scenes, the overall tone of the book is action.  You’ll always wonder what’s going to happen next.

Is there a message in your novel that you want to share with readers?

Yes, there is.  I’m not sure if I’d call it a message.  It’s more of a question; a question that will take several books to fully explore.  Detective Holden’s inner angst circles around the question – What is the ‘truth’?  Faith or, self-determination?

Because of Holden’s traumatic past, she decided in her teens that there couldn’t be anyone, or anything out there in the heavens.  If there was, why would whatever was out there allow bad things to happen to her, a young child?  Holden became an atheist; her nickname on the force is Holy Holden.

Fury From Hell is the first book in the From Hell series.

Where can my readers find Fury From Hell?

Where can they find you?