Showing posts from April, 2012
Show all

so much to do today 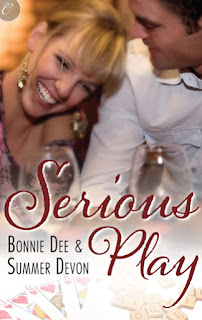 Yes, yes, it's all promo. But really, this is a new book release day so I can't be blamed, dudes. Plus this is a release day with bells and whistles. What do I mean?
First up:
1. Here's an audiobook! Yes, an AUDIOBOOK. Read by someone named Angele Masters who is a freaking professional. She's good, too.

I listened to the sample and it happened to land in a chapter that I mostly wrote** (Bonnie and I alternate chunks of the book, usually chapters, and then add words and whatnot to each other's chunk).

It's the first time in a long time I've heard one of my books read by someone who wasn't me (ick, unbearable) or the robotic voice of the computer (works for editing). I'd supposed I'd be embarrassed to hear my words read, but really it brought me back to old writing classes, the kind where the teacher reads the papers for the class. You look around, trying to see how everyone's taking in your stuff.

my synopsis handout from today

April 21, 2012
WRITE THAT SYNOPSIS
Check your target agent/publisher’s site and follow their directions. They’re looking for reasons to reject you. Do they prefer a mini-outline or a quick summary (e.g. back-cover copy with spoilers)?
EVERY SYNOPSIS SHOULD CONTAIN: -  information about the plot, the core conflict and the characters’ GMC.  (see other sheet for definition) -  word count and genre (usually in first sentence) -  The title, your name, and contact info on every page.
COMMON ERRORS -  Too much emphasis on first 3 chapters. (An editor says, “I can tell when it’s based on a partial. That’s fine for authors I know and trust, but not for new authors.) -  Hit main points and avoid unnecessary detail. Ask yourself is this fact or scene necessary to understand the characters or plot of my book? BEFORE YOU SEND, SHOW IT TO SOMEONE WHO HASN’T READ YOUR BOOK: Ask your victim beta-reader: -  25 words or so, what is this story about? -  Can you describe the characters’ GMC?   -   Can you tell me about the cor…
2 comments
Read more

Guess which one I voted for?

Poll Which book would you like to see selected for our New Author May Book of the Month group read?


The Gentleman and the Rogue by Bonnie DeeKindred Hearts by Rowan SpeedwellBreak and Enter by Rachel HaimowitzWhistle Pass by KevaDThe Desire for Dearborne by V.B. Kildaire comments and details · show results · invite friends
Post a Comment
Read more 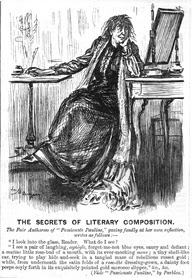 Honest to pete, you people don't follow directions any more. Go on over and read the tarred old same old, same old (an excerpt and an interview with me. You can win a book. You will win a book since no one else has tried. Linda doesn't count.) Comment enthusiastically, why don't you? Go on and then we'll call it a day. I promise not to do any more promo until the book comes out in . . . . a while. A couple of weeks.

Are you signed up to go hear me next weekend? I was asked (yes, you read that right. They asked me) to do a presentation at the Mark Twain house's Writer's Weekend. I drafted Toni Andrews to help because she's noisier than I am and does good talk. I do tangents, muttering, and wandering. She does loud and on topic. She and Mike have the habit, when interrupted, of ignoring the interruption and just plowing along. Good for a talk.

Alone Mary thoughts in the shower 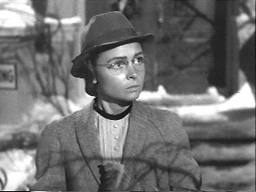 First of all, go over and comment at Sugarbeat's blog because I wrote a short article there and am giving away a book. It's easy to get the book, seriously.

Now explain to me why I haven't seen this treatment of It's A Wonderful Life--thesis of  Mary Hatch** was  probably better off without George Bailey.


I mean really. Let's stop and look at the two Marys

The main difference, the thing that always has struck me, is that the Alone Mary didn't walk around in a haze of near-sightedness and drugs (actually the drugs are a recent elaboration. But I've wondered about the glasses for years).

Alone Mary had some time for herself and managed to get to the ophthalmologist.  You can't convince me that even back then bad vision was thought to come on with sexual frustration and lack of kiddies. No. What happened was that Alone Mary had some goddamn time to take care of herself--not to mention she had time to read books. She had a career and didn'…
4 comments
Read more

April 06, 2012
Whenever I have an emotion that makes me uncomfortable, I immediately try to think of someone I know (or know of) who's experienced the same thing. Is that person okay? Or close enough? Good. Then I will be too.

I think that started when I was a kid and realized I was going to die. For some reason, the fact that James Thurber had died made me feel better. I think I figured if there was an afterlife, then maybe I'd get to meet him. (This was before I'd figured out he was a major misogynist) And if there wasn't, well, he'd gone through it then I could handle it too.

And when I was going to have a baby, I was terrified. Yup, nearly everyone has a moment when she realizes that this very HUGE THING is going to have to exit her body and it is going to hurt. A lot. Someone pointed out that all I had to do was figure out that many cowards have more than one baby. So obviously, if it was that terrible, people would only have one, right? 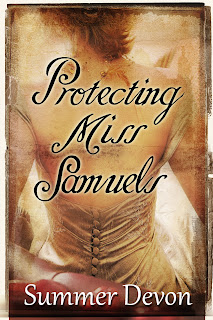 I went into a major Sookie Stackhouse reread over the last couple of days. Now I have her voice in my head. You-all.

I'm not sure why I wanted to reread. I like the books but don't love them. They're just what I want though. I'm about to run out of them and am feeling slightly panicky. Need more Sookie!


I'm reading because I can't seem to write. I open a document, glance through it, and then forget I'm supposed to be adding more at the end, or in the middle or wherever. Spring fever, I suppose.

But never mind me. This is about you, now, and your chance to read a novella, because hey, listen! I have a newish book out. Actually it's just a historical novella and it's been out for a while, but I put it up on Amazon. I figured out that I'm allowed to, I think (it's been used as a fundraiser at ARe).

So here it is! Yep, as Flo said, it's a tad difficult to figure out what's going on with the cover. But I sorta like that aspect.