Showing posts from June, 2012
Show all

June 13, 2012
I miss SBD so I want to write one. But honestly, I'm going through a reread-fest. It feels right and I wonder if that's because of the way I was raised. Back In The Day, when summer rolled around, television stopped showing anything new and anyone who needed a fix would watch old stuff.  Since that's not true anymore, I have to find repeats where I can. I've been well trained. Speaking of training, I don't think our new dog is as well-trained as she should be and I might have to look for help. I've had dogs before but those were normal sized creatures--at least thirty-five pounds. Heck, our old dog is almost 80 pounds. This thing is 7 lbs at most. When I hold food over her head to get her to sit, she rears up on her hind legs and bounces like a rabbit--it's her one trick. When I try to push her rump down for sitting, she skitters away, scared that I'll try to pick her up. (She's not crazy about that.) So what's left to do? I guess not bothe
Post a Comment
Read more 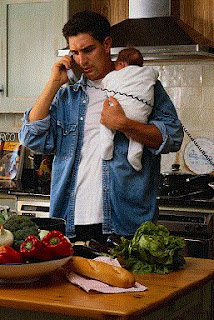 I really don't come around here much. I'm not sure why that is--I don't pay attention to the traffic. Okay, enough of that, let's go to why I'm here today. Here's a story. I'm not sure I can get the whole thing on this blog. It's about 16,000 words long. I wrote this for the m/m group over at Goodreads. I think there are 149 other stories over there, or will be eventually. We get a photo and a prompt (written by someone else in the group) and write a story based on both. Here's the thing--you have to join the group to read the stories.  I'm allowed to post my story elsewhere (duh, it's my story) but in the meantime, here's part of it. The prompt and photo I picked: free story, yup. STORY PROMPT: (written by Urbanista, a goodreads member) I must have been on a new papa high! Whatever made me think I could prepare a gourmet christening dinner for our new baby girl? I hope he comes back with the christening cake soon--why i
Post a Comment
Read more
More posts