Showing posts from September, 2013
Show all

PS Give Me My Card NOW. 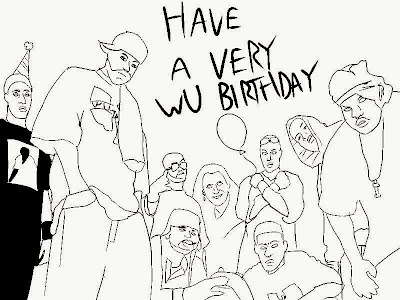 ME: Hey, I guess you should send that birthday card again. It didn't make it through yet. email is so unpredictable. HIM: ho ho ho what am i drawin ME: a berthday card. so maybe something with cakes and candles and balloons and maybe a theme HIM BORING gime something cool ME: depends on the theme HIM: well ok but our ideas of cool are a lil diff [lots of shit] ME: I just require a card and you're the man to do it. lemme practice this now. . ."a card for me? really? you shouldn't have! How nice!" HIM: ok shutup im makin it
Post a Comment
Read more

birthday greetings to me, I'm one hundred and three

September 25, 2013
My bank, Kelloggs, Google, a credit card company. It still seems odd that these companies know when I was born and want to remind me They Know. I turned off the FB notification because I got over 160 birthday greetings, which feels a bit like the scene in Harry Potter when all the Hogwarts acceptance letters show up. My plan for the day: paying bills and getting a new driver's license and taking another Aleve. Damn back. I was going to give away books but everyone does that on her birthday.
1 comment
Read more

September 23, 2013
Ever notice the quotes pulled from people's books on Twitter? I have. Almost always, the little bit of the book seems dumb. I follow a bunch of romance writers so the words are usually about a kiss or a moment of high drama. The quotes are supposed to intrigue you enough to hit the link and go buy a book. It hasn't worked for me. Maybe 140 characters (plus link) isn't enough to draw people in? Or that tiny moment isn't affecting all by itself. Wait, I'm wrong about it not working for me. Here's the one exception: “Lord Maccon was built like a brick outhouse, with opinions twice as unmoving and often equally full of crap.” ― Gail Carriger , Blameless I read that and actually ended up buying the book...and then the series. Maybe if all the quotes were brought together they'd look better? I'm going to try that--just grab a quote when I see it and add it to the list. I'd say authors should stick to tweeting taglines.
Post a Comment
Read more

go away...hey, why are you leaving me alone

September 23, 2013
Honest to pete, you really can't satisfy some people. I'm about to emerge from the bad mood, I hope. I'm trying to slough it off because it's so tarsome** and if I was someone else--someone other than the person experiencing this mood--I would be ready to drop-kick me to hell. Okay, I am ready to drop-kick myself anyway. Eh, maybe I'll just go for some low-grade mockery. I don't like crowds. But I feel bad about missing a writers' conference which is . . . full of crowds. I want to learn more about promotion and other important tools of the trade (see conference). But the more I learn about it, the less I want to do it.  I don't particularly like surprises. But I'm resentful because I know I'm not getting one on my birthday. I think birthdays are for little kids and once you hit 25 or so, you really should back off on the whole It's About Me thing. Or maybe it's once you hit 12. Depends on my mood. BUT see the thing immediately ab
2 comments
Read more

September 19, 2013
I bet you do too. From my very good friend who is going to lick my balls next time we meet. Adriana, my BFF, my sweet, chatty friend, best of luck finding that special gink, but I'm sticking with my Nigerian banker who at least is respectful enough to address me as Dear Sir/Madam.   * * *  BABE... i guess your not getting any of my email huh? ive been tryign to email u so many times but this dam laptop is such a piece of garbage and keeps freezing.. anyways how u been? In case u dont know who this is its ME Adriana.. we used to chat a bit on facebook and then I think u deleted me :( haha.. anyways guess what... I got 2 things to tell u.. both good news.. 1) im single now.. yup me and my bf broke up about 3 months ago... and 2) guess where im moving? RIGHT EFFING NEAR U.. lol... ur actually the only person im gonna know there.. well 3 cousins too but i cant chill with them lol.. I remember when we chatted u told me u thought i was cute and u wanted to chill so now
Post a Comment
Read more

September 11, 2013
They say that Publisher's Weekly reviews don't affect sales. They say that only a few people read Publisher's Weekly. They say having a review in PW makes no difference. BUT THEY ARE WRONG. Okay maybe they're not wrong about some of it, but that last one: WRONG, WRONG, WRONG. It does have an effect. I got two crapola reviews this week and I managed to shake them off without the need for chocolate. I say, out loud, in the cafe , "Well. That's what you think. But I have two starred Publisher's Weekly reviews , beyotch. Ha! TWO!" And then the people gossiping about teaching at the next table get up and move to a table closer to the entrance. TWO OUTSTANDING REVIEWS . So suck it! Ha! Also let's not forget that 4.5 star Romantic Times review . HA! Sowhatifthepersonapparentlydidn'treadthebook. Do I seem to be all about the reviews these days? Eh, I don't know what else to be about. I find if I talk too much about what I'm writ
2 comments
Read more 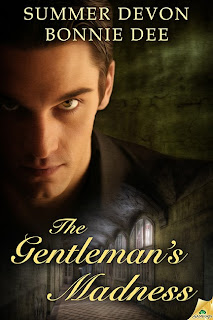 The next Bonnie Dee Summer Devon m/m historical will be out February 18. Want to see the cover? SURE YOU DO. Take a look. It fits the book beautifully.
4 comments
Read more

September 09, 2013
I dreamed I could switch between being white and black. I decided to stay black most of the time because I was getting more hugs from my friends.  I don't particularly like hugs.  * * * I dreamed I was in a huge art exhibit, but no one was calling it art. I walked up to other people wandering around this giant space filled with useless objects and asked them what is it all? Who put this here? What does it mean? They said something about funding and getting paid. But it was most definitely not art. One woman with braids all over her head told me to please shut up. * * * I dreamed that I had finished writing a book that was brilliant and sweet and just thinking about its message and the characters made me cry.  I woke up from that dream and couldn't write that day. * * * I dreamed that someone killed my dogs and wore their skins. I called the police and said these people! they're the ones! They had to be the ones who killed my dogs. The police refused to inve
Post a Comment
Read more

This is what I mean. Connecticut is keeping us parents on our toes with their testing. CAPT test vs TERROR alert
Post a Comment
Read more

September 05, 2013
I waited and waited for this Sandra Brown book (Low Pressure) and now that I'm a few chapters in, I might switch back to Carl Hiaasen. Brown is known for her alpha heroes but this guy is mostly a sulky jerk. The chip on his shoulder is almost the sum of his personality. The heroine is also sort of a blank person, and her motivation for writing a book (called Low Pressure...hey!) screams Plot Device. No, I don't mind the fact that the character is a best-selling author, although it sounds like her book, a novel based on true events (and she didn't have to do research since they were her true events) is a mystery with a mooshy ending. Nope. That's okay--I'm more annoyed by the stereotype of skanky sister who had it coming. And there are some instances of deus ex machina stuff that is getting on my nerves. My money is on mom, and if I'm right, I might have to give up on Sandra Brown forever. If it gets more clever, I'll forgive and forget and wait for the
Post a Comment
Read more
More posts